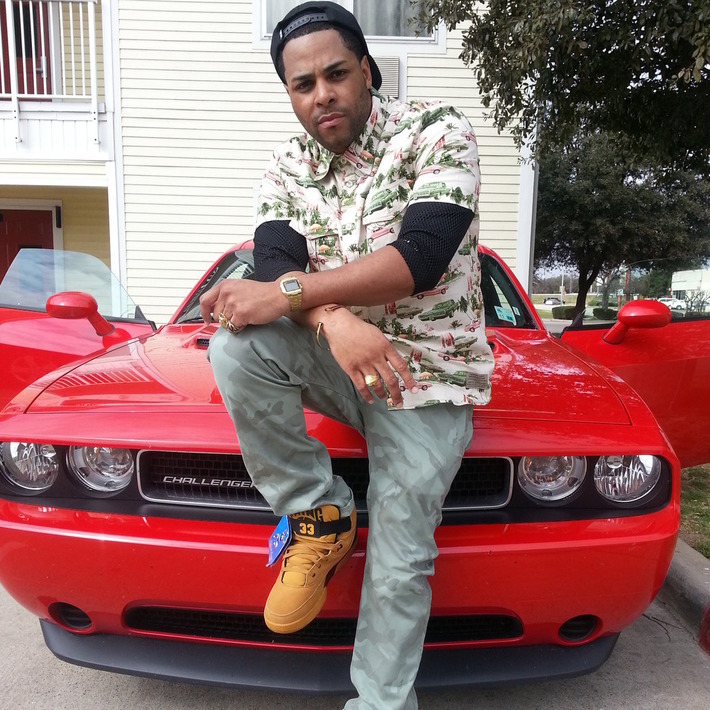 Kels Acosta has not received any gifts yet

Kelsie Steele, better known by his growing fan base simply as Kels Acosta, was born in the boogie down Bronx to his single mother Diane. Acosta, which was his Puerto Rican Grandmother’s name, keeps Kels grounded with a strong family foundation. “My grandmother, who died from cancer when my mom was only 11, would have been the ultimate mother figure. Her spirit is with me every step of the way,” he insists.

When Kels was a young kid his mother decided to move the two of them to Harrisburg, Pennsylvania to escape a world of trouble that would come for a young boy living in the big city. While in Pennsylvania, Kels would attend Milton Hershey School, a cost-free private coeducational home and school for children from low-income families, from the ages of 11-17. There, he would grow up with a stable yet unusual environment.

Being submerged with kids from all different races and walks of life would push him to become eclectic in how he viewed the world. “I credit my diverse background to the Milton Hershey School,” he said. “I took inspiration from everyone I met.” Living away from his mother and being immersed in a home with children from all over including places like New York, Pennsylvania, Atlanta, DC and even as far as Anchorage, has allowed Kels to push beyond the typical homegrown artist with one state of mind.

While living in Pennsylvania at a young age, he established a unique relationship with worldwide known rapper A$AP Rocky. Unknowing what the future held for either one, they've managed to pursue what they love most, music. "Growing up with Rakim made me realize that we all start from the same point, the bottom; and it's up to each one of us to determine our own destiny, because we're all destined for something." Kels states his music reflects the people and the inner city experiences he grew up with.

Looking for a purpose rather than a way to make money, he’s taken matters into his own hands to control his destiny. Kels is determined to bring some life and awareness back into the current state of Rap. Being observant of the trends in Hip Hop over the years, he’s watched this tiny rebellious culture grow into what is now considered the most popular genre of music. Still giving credit to artists such as DMX, Tupac, Method Man and Nas, who have come before him and inspired him to follow his dream Kels states “It’s the spirit of a man that controls his destiny, all those rappers I grew up listening to, they captivated the hearts of fans because of their spirit. Not so much their attire or gold chains or platinum grills.” Kels and Hip Hop share a connection beyond words and birthplaces.

Since reconnecting with his hometown of New York City over the last 10+ years, he's crossed a few things off of his life long list of goals. Graduating from Pace University with a B.A. in Management, traveling and or performing in countries across the world such as Belize, Mexico, Honduras and Canada are a few of them. Kels was also recently selected as a Top 5 Finalist for the 2013 "Sprite 16 Challenge" BET was hosting, which ultimately would have locked him in a spot to participate in "The Cypher" during the BET Hip Hop Awards. Kels crossed that off his bucket list as an accomplishment; yet not impressive enough in comparison to what he has in store for the future.

As a promoter in the Night Club Industry for half a decade, he's created opportunities and a life which most kids from ages 20-25 would dream of; meeting and networking with some of the biggest party-goers, artists and celebrities New York City has to offer. Combining those experiences with reality has created an explosion between beliefs, accomplishments, setbacks and musical progression. “Call of Death” his first single, is inspired by the everyday trials and tribulations that many listeners can relate too. The upcoming artist touches on the uncertainty that weighs on the minds of the youth. “There’s that inner voice that gives us strength and in most cases confidence to achieve the unthinkable,” he states. This Hip Hop new comer has a long way to go to prove his worthiness to the game but he is more than willing to earn his respect and eventually be placed in that category of legend. Stay tuned for more to come!

Who is Kels Acosta?

Hello dear, I'm Melinda by name, this is Important please email me back at (melinda3b3@hotmail.com) thanks, I will be waiting to hear from you soon.

A, Authentic Jordan shoes  competition.Will not adopt virtually any attempt from the battle pertaining to victory associated with opposition.This can be a type of cherished attributes, it may cause you to in different tough Air jordans for sale  in addition to annoyance, proceed, ceaseless work, right up until accomplishment. Contemporary mindsets experiment more often than not mentioned which there is no obvious dispute due to the standard Nike Air Jordans online attributes along with ordinary men and women, cause a persons achievement, inside the really fantastic grade is definitely intelligence activity components, such as persona enjoyed some sort of important role.So powerful competition connected with cut-throat Stuart Weitzman 5050   wish can be The nike jordan was the first wonder artillery connected with good results. From the 96 variant of his publication the particular epic soaring, The air jordan to be able to from by now the competitive Air Jordans sale soul is a fantastic information involving "whenever I am just looking at the message, I most certainly will wholeheartedly for that game, in order to do with me correct, it's wise give one's best, usually would have mishap. Once you should not Air jordans for sale tackle myself, next , i controls an individual. Each side take turns quickly credit score is not really a game title involving field hockey, individual functionality is similar to the particular many-legend online game. If it is the situation, I favor to never take part in the Discount jordan shoes  gamy." Next, the specialist mindset.As a professional basketball player, Jordan's skilled position is basically unique.So that you can get, he'll stop trying entertainment and also ease, practice difficult.Long and hard skill as well as actual endurance education Stuart weitzman is fundamental guarantee to be able to Jordan's success.The nike jordan in their document stated the actual "solution" associated with success: "why, once i need to maximizing the wide ranging about the field of operation, I can undertake it? Mainly because I've got performed ahead of, this is a component of our planning. When i reached that level of cla, I realize where the beach the idea one at a time how to cope with the actual disaster on the game." Three, unmatched physical controller ability.Nike jordan unequalled forcible handle power, perfectly -, can change the truth kind of passing, dribble, firing ability.This specific and this includes, the basketball position is known as being the best.Very good golf ball instructor Chris Newell, said: "I think one of the most notable areas of Nike jordan is obviously inside the location with the reduce dribbling a basketball. Their legs are bias and each activity.